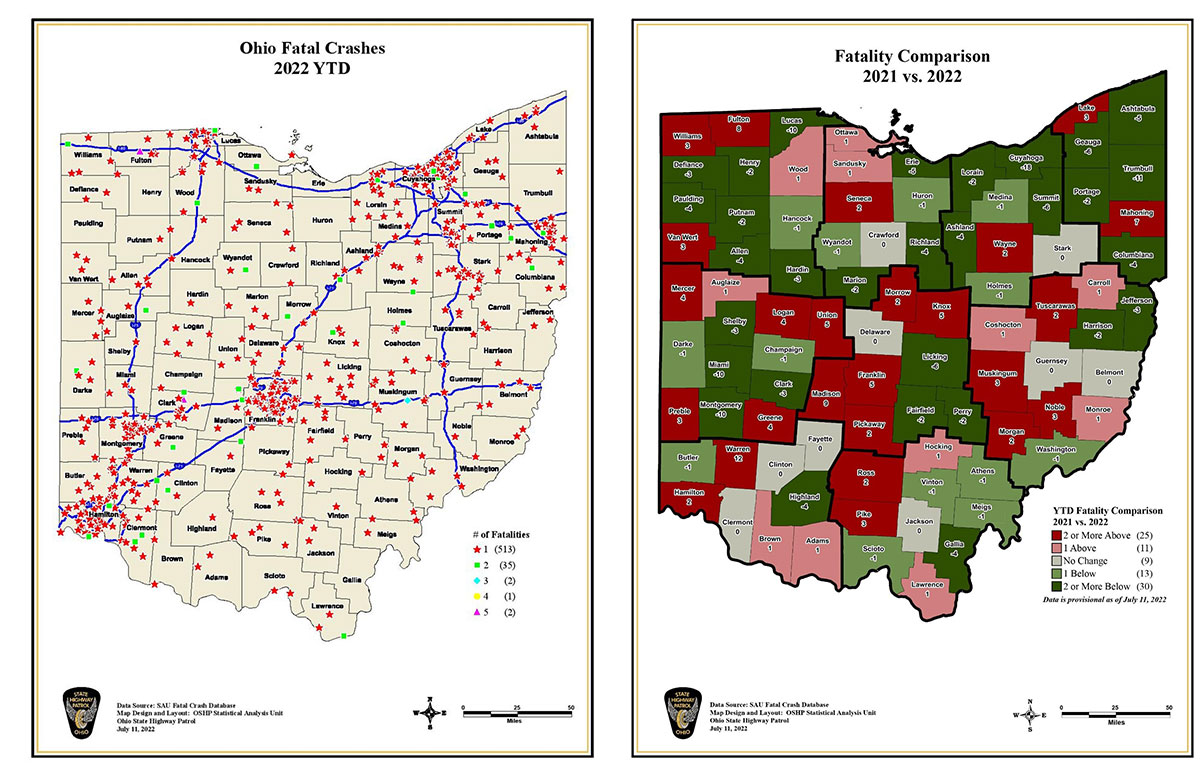 May 1, 2022 street racing crash that killed 4 in Dayton, Ohio: https://www.cleveland.com/nation/2022/05/4-people-die-in-crash-in-southwest-ohio-street-racing-suspected.html since it happened earlier this year.

Palmer and Henry were riding a motorcycle when they were struck by a speeding Mazda that appeared to be drag racing with the driver of a Honda Civic.  A collision between the Honda and the Mazda pushed the Mazda into the path of the motorcyclists who were struck in a head on collision. Broadway Avenue was closed to investigate the crash.

The driver and passenger of the Mazda fled the scene on foot and the driver of the Honda failed to stop.

Palmer was pronounced dead on scene by the medical examiners while Henry later died from his injuries at MetroHealth Medical Center.

So far this year, there have been approximately 603 traffic deaths in Ohio. Columbus and Cincinnati have already seen more deaths in 2022 while Cleveland has yet to reach its 2021 fatality rate according to the latest data from the Ohio State Highway Patrol.

The victims’ families may be able to file wrongful death claims against the drivers of the drag racing vehicles.

Victims who are injured or killed because of extremely dangerous conduct such as drunk driving or drag racing may be entitled to additional compensation in the form of punitive damages.

If you or a loved one has been injured or killed in a motorcycle accident or drag racing incident, then you may be entitled to compensation. It is important that you contact a local personal injury attorney to discuss your legal rights.